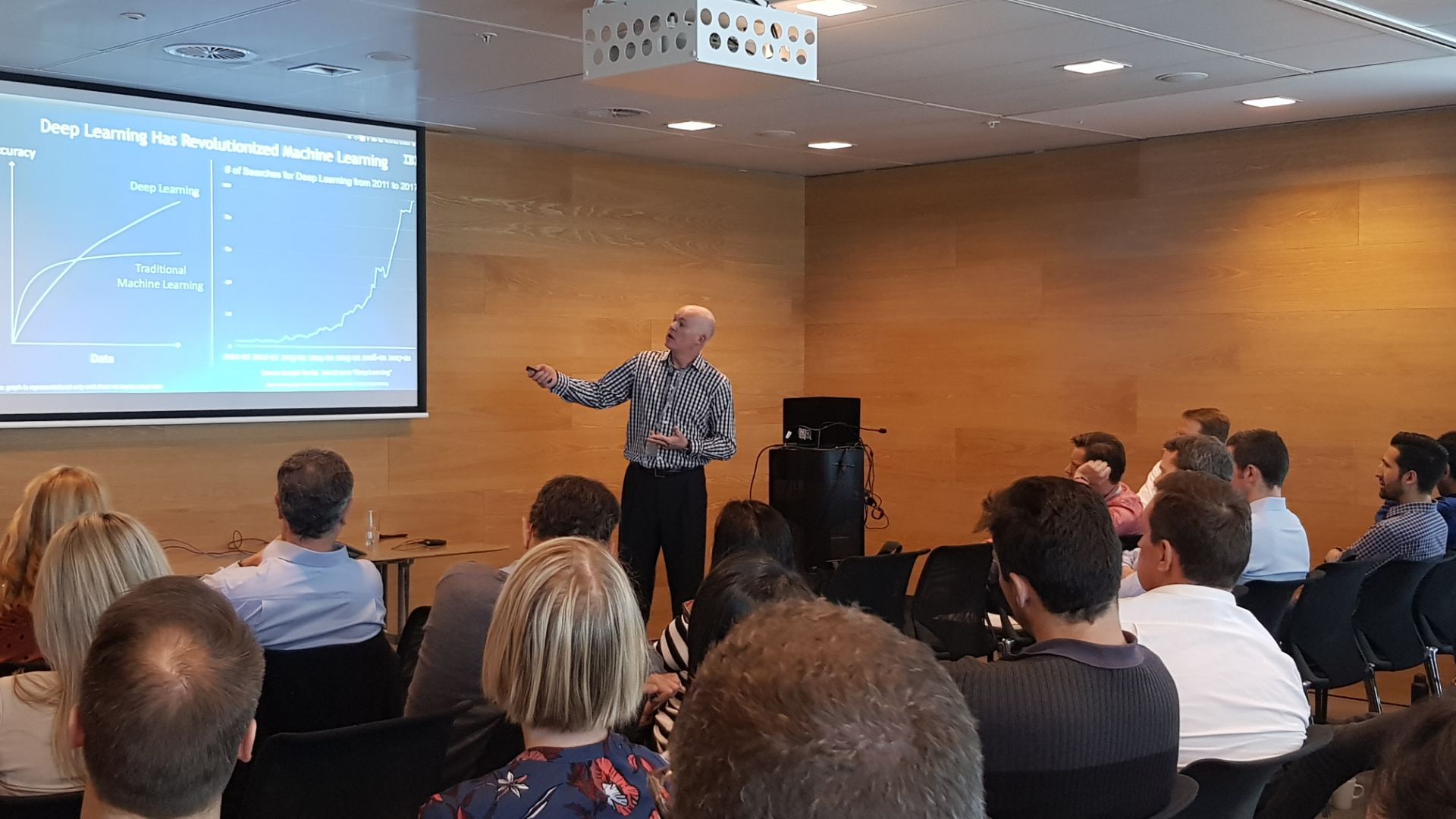 Mission Systems Director Dr David Battle was thrilled to be invited to the 2018 ANZ Bank Finance Conference in Sydney to deliver a presentation on the coming technological and social impacts of service robotics – particularly in the Transport as a Service (TaaS) sector. His talk, entitled Robots as a Service, touched on many aspects of Mission Systems core business in payload autonomy for Defence and Civilian applications, concluding with a preview of Mission Systems’ work on the AMSL Aero Vertiia autonomous electric VTOL aircraft, which could change the way people commute in and between cities.